In spectacular juxtaposition, a majestic snow-capped peak stands sentry over the surrounding savannah. This marriage of opposing beauties is connected by a mountain forest that circles the base of the volcanic mass. And it will take your breath away.

Uhuru Peak stands at 5895m above sea level. The world’s highest free-standing mountain and Africa’s highest point, it has borne witness to the blood, sweat and tears of countless climbers.

Passion, preparation, perseverance along with the support of experienced partners, are key elements to successfully summiting Kilimanjaro. We’ve partnered with a climbing operator who has over 25 years of experience and offers the best camping kit, the most professional team, the highest safety standards, and gourmet food – as well as practices responsible tourism and essential ethical porter treatment. 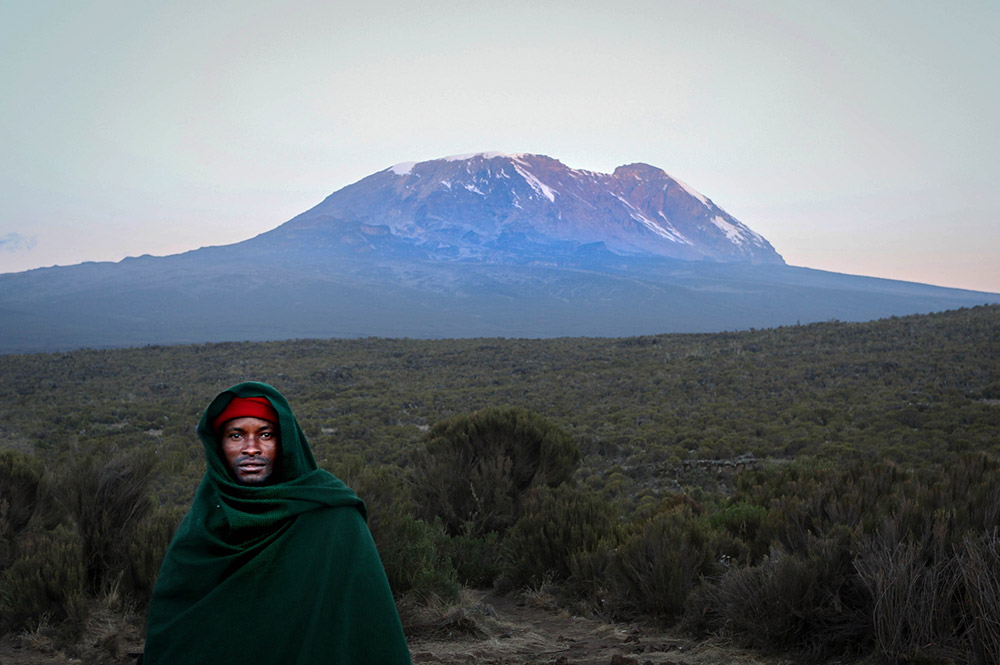 We recommend that you set aside a minimum of  7 nights in order to conquer Kili. While some climbers have triumphed in a shorter time, this can pose unnecessary risks. Slower ascension makes for stronger acclimatisation and a safer climb.

Our preferred route is the Lemosho Glades Route. Due to its remote location and tricky roads that lead to the trailhead, this route is one of the lesser routes used to ascend Kili. However, this makes for a more peaceful hike with less hustle and bustle from other climbers. You’ll typically spend one night in each camp: Lemosho Forest Camp, Shira Camp 1, Shira Camp 2, Barranco Camp, Karanga Camp, Barafu Camp and finally, Mweka Camp.

The start is slow and easy and you may well see buffalo and elephant en route, as you trek through the forest. The route takes you up to the western edge of the Shira Plateau and the hike across the plateau is hailed as one of the most breathtakingly beautiful hikes in Africa. 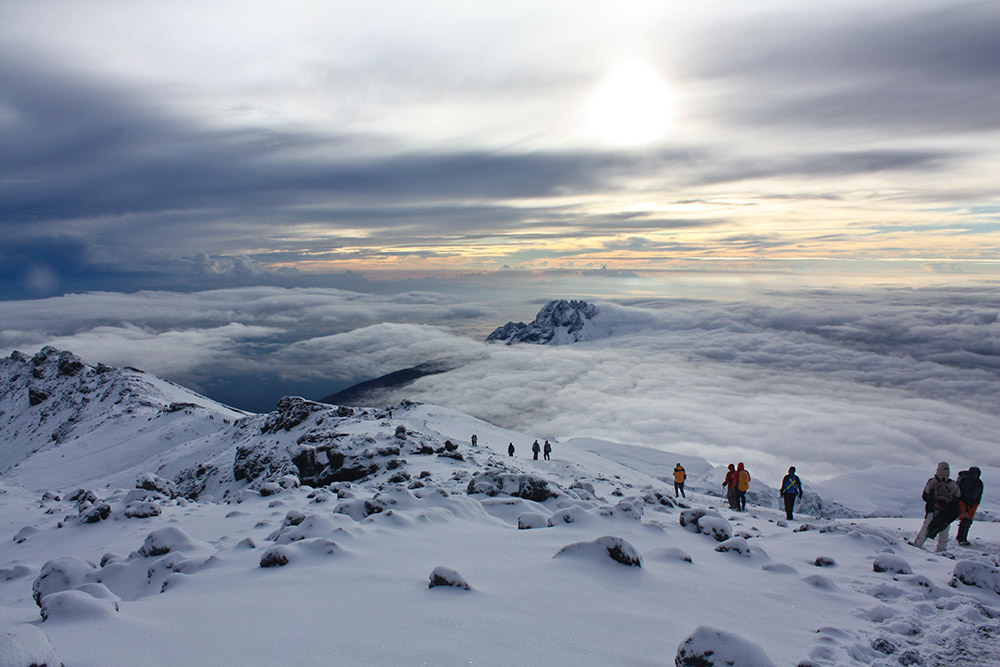 The trail merges on day four of the trek with the Shira Route, and on day five merges with the Machame Route. At this point, all three trails lead to Lava Tower, and then down into the Great Barranco Valley.  Here the Umbwe route joins steeply from the south.

The trail circumvents counter-clockwise around the upper slopes of the Kibo massif, over the high-desert ridges to the Karanga Valley then to Barafu Camp – an exposed campsite set on a high ridge. Barafu means “ice” in Kiswahili. It is from Barafu Camp that you’ll make your overnight attempt to summit  Africa’s highest peak.

There are no sleeping huts on the Lemosho Glades Route – accommodation is in mountain tents and dining happens in a mess tent. 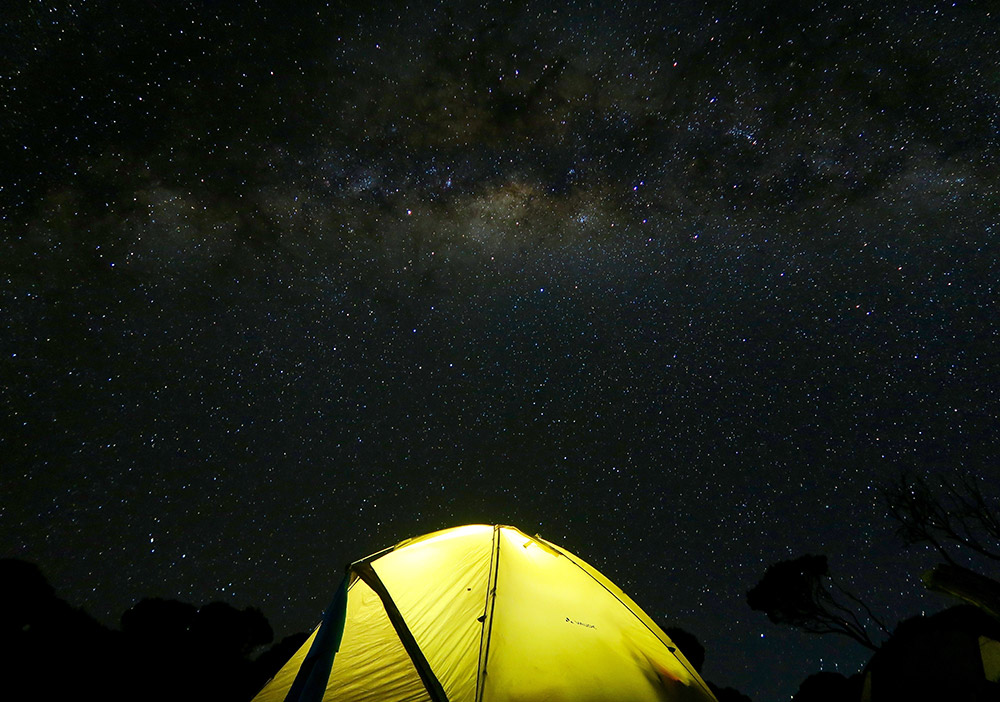 To celebrate your success, we suggest a spectacular spoil by incorporating an add-on safari to one of the many nearby reserves, National Parks or islands . The options are endless. Think Serengeti,  Ngorongoro Crater, Selous or Zanzibar – to mention but a few. These pristine wilderness areas are a short flight away. The combination of Climbing Kilimanjaro and a Big Five Safari or a Zanzibar Beach experience  is the perfect way to celebrate the magnificent diversity Africa has to offer.

Within the 650 km2 of mountain, woodlands and rolling savannah that’s incorporated into Kilimanjaro National Park, abundant wildlife is to be found. Mount Kilimanjaro, the highest mountain in Africa, consists of five main vegetation zones – each a unique biosphere that hosts a variety of fauna and flora.  Lower slopes blend into montane forest, which in turn become heath and moorland that eventually give rise to alpine desert and summit. Kibo, Mawenzi and Shira are the three volcanic peaks that overlook the surrounding wilderness. 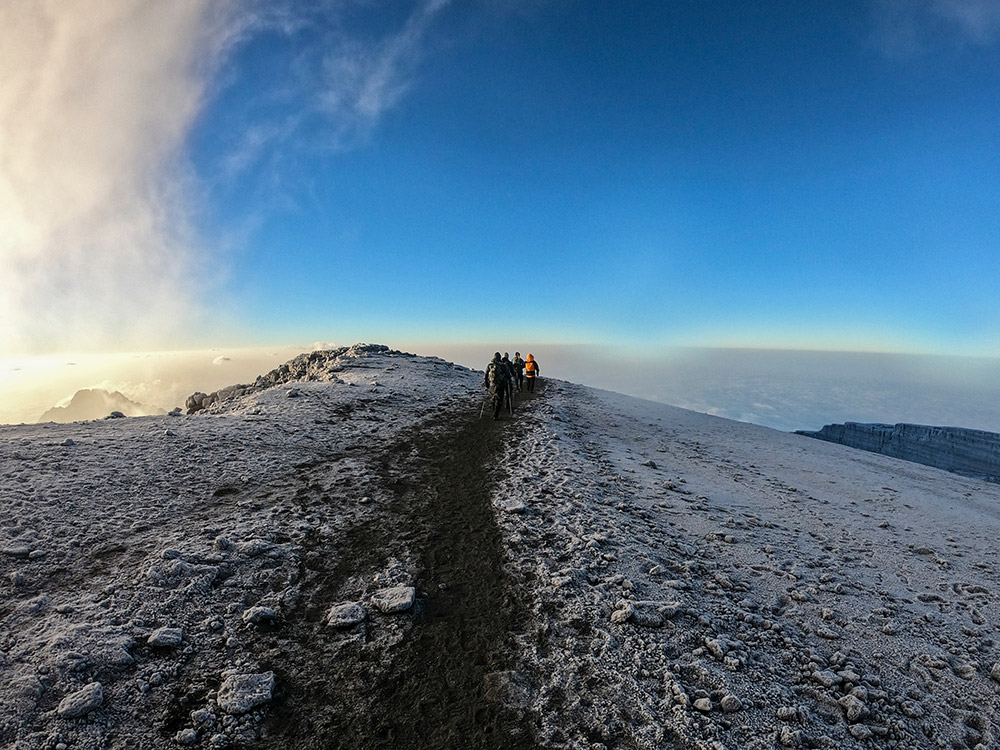 A UNESCO World Heritage Site, Kilimanjaro National Park is home to great herds of African elephants, the Cape Buffalo, giraffes, leopard, and many kinds of antelope. As the grasslands extend to forest, primates such as bush babies, blue monkeys, and western black and white colobus monkeys can be seen swinging within the treetops.